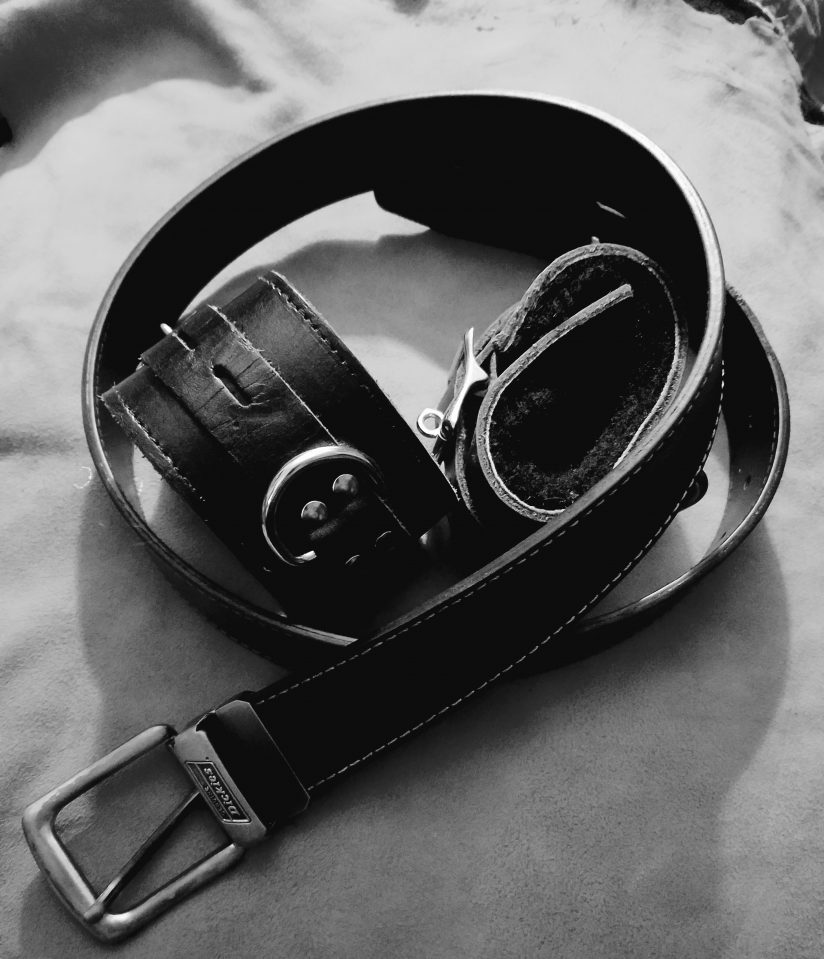 So just a forewarning to start with: bondage is not my number one kink. I like it, but for me it’s a side kink that goes with all the other stuff. It’s a way to restrain while spanking or doing other things, more than exciting on its own.

Which isn’t to say I haven’t had my share of bondage adventures. It’s just that if you are looking for extremely detailed how-tos you will probably find better examples on other blogs. People who are realllly into bondage will be happy to walk you through every knot, every style, and every type of bondage there is.

What I want to give you is some brief advice about safety in bondage from my own experience. Especially for people who are just beginning to explore.

Bondage, like many kinks, can be quite dangerous if you’re unprepared. Way back when I was first exploring and we didn’t have all the educational videos and sites we have now, I made some newbie mistakes—everyone does.

So I just want to pass on a few warnings on basic beginner things. And maybe share a funny (now) story that illustrates something that can happen when you’re inexperienced and don’t know any better.

A very simple and short list of things to be aware of:

Handcuffs:
Do not use cheap handcuffs, even if they are sold in an adult store. They will jam.

In general, I wouldn’t recommend handcuffs at all because as fun as they are, injuries and obvious visible wrist bruising can happen. But if you want to use them for your scene then make sure you shell out for the expensive high-quality police grade models. I’ll tell you a little story about my experience with the cheap ones later on.

All rope is not the same. You can use whatever you want for bondage but be aware that some kinds can chafe (again leaving obvious marks in a prominent place) so test them on your skin before you use them. If you are looking for rough because you want raw marks then that’s fine—just know in advance.

For more information on the types of rope and pros and cons about each one I suggest this:

Bondage Rope: What Kind Of Rope Is Best For Bondage?

I prefer cuffs unless I’m doing fancy bondage for aesthetics. They are easy to remove if there is an issue. They are usually lined for comfort and safety and are unlikely to leave marks. And they have loops so you can run rope or chain through them for positioning and restraint.

They are good for beginners because there’s almost no learning curve on them.

Keep emergency release stuff handy. Ideally they should be within reach of the person who is tied up in case they need to release themselves.

Remember that Stephen King book where the guy ties his wife to the bed and then dies? Yeah… that scene honestly put me off bondage for a long time. Even now I prefer cuffs when I’m restrained because I can undo them myself if I need to.

If you’re using handcuffs keep bolt cutters in your bag (trust me). If you’re using rope, then you want a knife or heavy-duty scissors nearby. You don’t want to have to run around the house looking for something to free your partner if an emergency happens. Someone’s life may depend on it.

Remember not to leave someone restrained in an uncomfortable position for too long. They might not feel discomfort during the scene, but they can end up with muscle cramps or worse later if they left too long.

Check in with the bottom too. Ask if their feet or hands are tingling. Ask if anything hurts. Maybe the scene is meant to include some uncomfortable positioning but are they feeling more discomfort than you intend? Only they can tell you that.

So now for my story… this happened way back in my earliest kink days. I was still pretty new to things then. I’d played a lot as a bottom in a short period of time, but I was not too far into exploring as a Top at that point.

There was a girl who was new and a few years younger than me. A mutual had recommended she talk to me because I was fairly well known in the online scene at the time, and he knew we lived close.

It worked out nicely because what she needed as a beginner was definitely within my skill set. She was cute and fun. I think mostly she just needed a kinky friend to explore with. It was nice for a little while.

Anyway, we had gone to a book signing to meet Janet Hardy. It was held in an adult store, and I grabbed a pair of heavy, nice-looking handcuffs while we were there.

I was experimenting with restraints and I liked the aesthetics of a girl handcuffed to my wrought iron headboard. So, during our next session I gave it a try and guess what? When I went to unlock the cuffs, they were stuck– both of them jammed.

They wouldn’t unlock for anything. She never did more than token struggling while in them, but something caused them to jam anyway. And there she was naked in my bed with her arms outstretched and cuffed to the iron bars of my headboard.

She looked very pretty and also… very stuck. The headboard was too sturdy to break it apart and slide the cuffs off the bars they were attached to so she could at least put clothes on. It was a panicky situation for both of us.

It felt like close to an hour to get one undone and I was at the point of debating if I should risk leaving her there, trapped and helpless, to run to the hardware store, or call the cops to come over and cut them.

Luckily, I didn’t have to make that choice because on the fiftieth attempt at unlocking them… the first one suddenly popped open.

I just know it took a long time to get them off and neither of us were in the mood to play after that. In all my years of playing since then I don’t think I’ve ever been that panicky during a scene.

The next day I bought a set of bolt cutters and they have been in my toy box ever since. Of course, I threw out those handcuffs and have never gotten another pair, so the bolt cutters have gone unused, but I have them anyway.

Since then, I’ve used the standard leather cuffs that most people can get out of on their own if they have to. When I add in rope, I thread it through the cuffs and not around the body usually. When I use a spreader bar it’s the cuffs attached to it, and etc.

On rare occasions I’ve done other kinds of bondage, even full mummification with industrial plastic wrap, but I always have heavy duty shears or a knife nearby so there are no accidents.

I do actually like Shibari because it can be done with quick release knots, which is very useful. Plus, it’s pretty.

So, bondage can be fun. It can add a lot to the scene and is wonderful for making a submissive feel helpless and vulnerable (in a good way) but be careful about your equipment.

A cheap adult store paddle is going to be weak and flimsy. It will break fast but it’s not going to put anyone in danger. Cheap restraints on the other hand… might. This is definitely a case of ‘You get what you pay for.’

As I said, there are some great websites out there that go into more detail for bondage. The one I linked earlier has a lot of information like this article which focuses on safety aspects.  https://www.ropeconnections.com/the-safety-series-part-1-physical-risk-with-rope-bondage/

Remember, it’s always a good idea to do your research before exploring any potentially dangerous activity. You want this to be fun for both of you and you don’t want to have regrets afterward because something happened.

If you get lucky, like me, you’ll just have a scare that has you panicking for an hour, but there are worse things that can happen—and you don’t want them to happen to you.