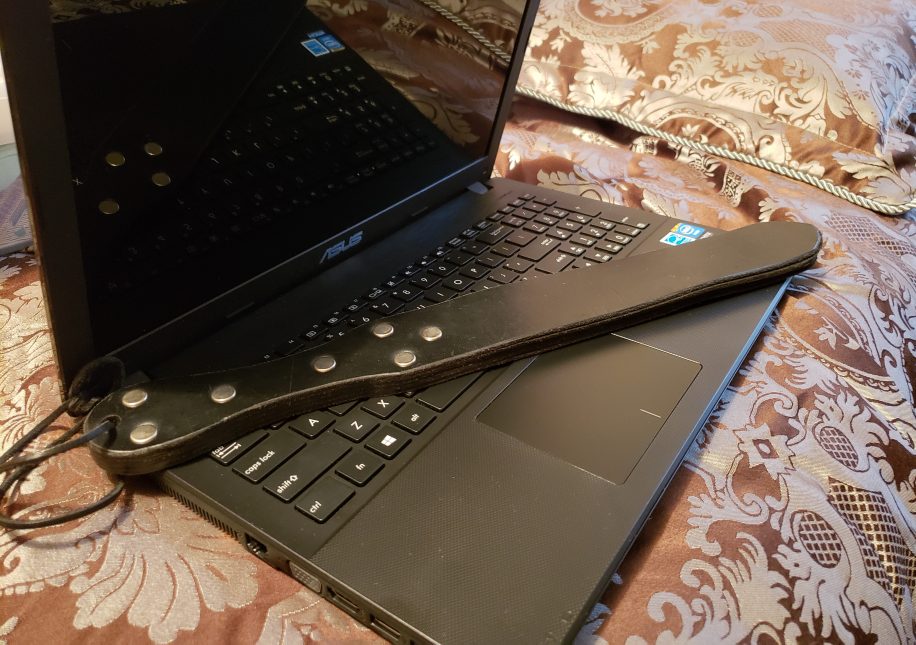 I had an interesting thing happen last week. I was approached by the Survive LDR blog  recently because they’d read my Long-Distance D/s series. They have an interesting site with a lot of articles on how to survive a long-distance relationship, so of course my series caught their interest.

I scrolled through the blog and found it interesting, informative; not at all focused on D/s, but a lot of the advice will be helpful to any couples who are separated by distance. You might find some things in there you can use because, well, with the lockdown a lot of people who don’t normally think of themselves as being in a long-distance relationship, because they live close by, are suddenly having to get used to doing things while apart.

I mean, basically, if you aren’t currently living with your partner(s) than you are probably now realistically experiencing what a LD relationship is like, right? (Or should be!)

If you want that relationship to survive weeks, possibly months of not being able to go on dates or spend time together in person, you’re going to need to find some ways to do things from home. And to be honest, I don’t know how many of you have enough will power to stay apart from your loved one when they are right across town, but you should not be having intimate play visits right now–which you already know.

It’s hard and it sucks, but I think if you frame your situation as if you’re exploring a long distance relationship, even though you aren’t physically that far apart, you might find it easier. There are a lot of things you can do to reach across the distance.

Things that people in these types of relationships have been doing all along to feel close.  So, even though you might not define your relationship that way, for right now it might be good to do some research into the kind of activities couples can do while apart.

Anyway, it occurred to me that their blog might be a useful resource for people who are new to the distance thing, but they contacted me because they have a store that’s full of long-distance relationship items and they wanted to know if I was interested in setting up an affiliate thing, which I’ve never done before.

I looked through it and there is some cute stuff there. So, I figured why not? A lot of it is romance based, there’s even some long-distance sex toys, which I have to admit I’ve always been curious about. They work via an app, I believe, and your partner can control it while it’s inside you, even from a distance. It’s like next level phone sex. Buzzzzzz

Aside from the naughty stuff, and the romantic items there are also things that would work just fine for Internet friends who live far away. The keychain and coffee mugs will be good for that, I think.

They’ve offered a deal for any readers who want to order from the store to get 10% off. This is the link to use here: Surviving LD Store and the discount code is kessily10. This will last for 90 days.

And since I’m not going to recommend anything without trying it myself, I am placing an order this week. I’ve got my eye on the Long-distance bracelets. Sadly, they aren’t really set up for relationships with more than two people, like mine, but I have suggested they consider poly-groups for future items so maybe that will happen somewhere down the road.

But the bracelets are great for us anyway because we all love polished stones, and the 15th was my three year anniversary with L. My three year with G will be coming up in a couple of months because he didn’t formally sign on until later even though he was with us from the start.

I think they will each pick a set, and then I will wear one of each set. So, not quite as good as something made for a trio, but it will work. And I will be showing them off to you as soon as they come in and will let you know my honest opinion on the quality.

Anyway check out the store if you feel like it. I will likely be ordering other things later, once I see how I like the bracelets. The discount is nice, so I want to use it during the 90 days. If you order anything feel free to let me know what you think; I’m curious about a lot of the items.

But if you’re not interested in spending money right now (understandable given the way things are) you should still check out the blog. There are a lot of resources there that I think people might find useful. I was especially interested in the long-distance movie date apps they recommended since we’ve had trouble keeping our movie synched in the past.

I also found another article on there you might like, it’s about writing real, physical, letters to your long-distance partner. I love that idea because it’s something I do with G. It has always felt more personal than an e-mail. It’s something he can keep and look at from time to time. I usually add pictures to mine, since I’m an artist, and say gushy loving things about how glad I am to be his.

It’s just a really fun, if slightly old-fashioned, way to connect. The time it takes to write and mail a real letter or card is a way of showing you’re thinking of someone, in a deeper way than a text message or email.

And my first ever paperback edition is now available.
Surrendering To Her General can now be bought in paperback too, and once Taken is released it will also have a paperback version.