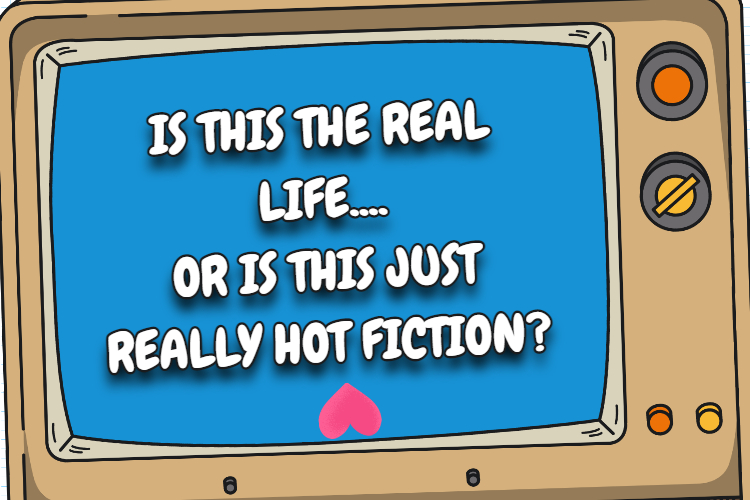 Okay, let me start right from the beginning by clarifying the title. Aftercare is a choice for the submissive. Doms should always check in with a sub after scenes in some way and be ready to provide any care needed. That’s just part of responsible Domming.

This might be physical care if some first aid or physical assistance is required. It might be emotional care if the scene was intense.

Aftercare is a bit of a misnomer. It implies that it occurs once a scene is finished, but it’s actually more like the final part of the scene, because until the submissive has recovered from whatever play you’ve engaged in… the scene isn’t really over.

Like anything else that will occur in the scene, aftercare can be discussed upfront, so you know in advance what the submissive tends to need. Or you can just roll with it when you get to that point, because needs do vary depending on what happens during the play.

Offering aftercare also isn’t always a blunt thing. It’s not always, “Do you need aftercare? Let me wrap you in a blanket. How about a drink?” Sometimes, especially with partners who are very familiar with each other, it can be as simple as a hug and checking them, cuddling with them for a while, or sitting to talk.

People like to think there is a formula for scenes, with check boxes to mark off each thing as they do them, but that’s not how a real scene typically goes. We get that idea from fiction because there is a checklist of things readers expect to see and if they don’t see them, they complain.

If you are playing with someone new and inexperienced, then you often do need to spell things out. “Are you okay? Can I get you a drink?” is good Dom behavior. A newbie may not know to ask for help, or know what they need.

With experienced play partners it’s not always so straightforward and obvious. It can be “How do you feel?” or “Do you want to sit down for a while?” But it can also be just staying with the submissive for a bit to wait until they stabilize.

What’s important to remember is that you need to follow the bottom’s cues. What aftercare is needed, and how much, isn’t decided by the Top. It’s also not decided by something you read somewhere, that told you a certain thing was required. It is totally determined by what the submissive needs or wants.

Some submissives need to be alone after a scene. They want to go and decompress, to think about things. This often is the case after an emotional scene, for instance. If the catharsis opened up some things they need to work through, they may not want to do it in your company.

Some want to simply go on to the next scene, especially if they are playing at a club or party and are trying to fit in as much fun as possible. You should be able to get an idea of whether the sub is floating and kind of dazed just by looking at them.

If they are a little out of it, or are swaying on their feet, then they might need to be guided over to sit, because they are the kink version of tipsy.

But if they are lucid and present and say they are fine… then you can offer a hug before they skip off to find the next playdate, and trust that if they needed anything else they would say something to you.

Other bottoms only want aftercare from people they know well, because oddly enough, sometimes being taken care of can feel more vulnerable than the scene itself. After playing they might simply thank you and walk away. When that happens, your job is done.

None of this is unusual in the scene and it’s perfectly fine and normal. I can honestly say that most of the time aftercare is not the big obvious deal that we see in media. Sometimes it’s not even verbalized.

A lot of it depends on the length of the scene, the severity of the scene, the people in the scene, and the location. If you spank a brat over your knee for five minutes in a club… they aren’t going to need a drink. They probably won’t want to go sit quietly with you. So really, except maybe for a hug, there’s not much aftercare to be done before they go off to tease someone else into play.

Not every scene or person will require aftercare. No matter what someone has told you or led you to believe. That doesn’t mean the Dom shouldn’t be checking for signs that some is needed.

There’s no format. There’s no checklist. Every situation is different.

One of the problems with kinky dynamics going mainstream, is that a lot of people learn everything they know about kink from fiction. As a result they can get set on some ideas being mandatory to the extent that they start gatekeeping and lecturing anyone who doesn’t play the way they do.

I’ve been told she shouldn’t be allowed to do that. I’ve been told that Sam is abusive by agreeing to what she asked for… and again… whoof.

Let me emphasize this again: PLEASE, remember that fiction is for entertainment, not for education. Sure, you can learn things from my books, because I’ve got a lot of experience, and it shows in my writing. But what I would write in a non-fiction how-to kind of book is drastically different from what I find sexy and hot in a fantasy setting.

Get your ideas from fiction if you want, but then do the research before incorporating those ideas into real life. You’ll be safer and happier that way. Trust me.

Anyway, back on topic.

Submissive are not children. They have agency and they can say no to anything they don’t want: safewords, aftercare, etc included.

The Dom also has agency and can say no to involving themselves in any scene that makes them feel uncomfortable. However, the Dom’s comfort does not extend to being allowed to force things onto their play partner.

There are many ways to live a healthy kinky lifestyle. And there’s been lots of posts about that on this blog, because it really drives me crazy that people with very little knowledge of what this life is like, will lecture someone who has played all their adult lives.

Now, what brought this topic up today, is I came across a review the other day on a book I’m currently reading. The author has a scene where the Dom asks the sub if she needs some aftercare. The submissive declines, and they go about their day. No problem, right?

Well, apparently it was a problem for the reader. She gave it a 3-star review (which is a neutral review but leans towards negative.) and said, “not giving aftercare was a red flag.”

I’m not entirely sure what the reader thought should have happened? Should the Dom ignore the submissive and force aftercare on her? Because forcing ANYTHING onto someone who has said no, is abuse.

And it worries me that there are people out there that think a submissive isn’t allowed to say no to aftercare, and still assigns a red flag to the Dom even though he asked right out if she needed it.

It seems like people have an exact formula in mind for providing care, that they think must be followed through to the letter. Anything that deviates is wrong.

That’s… really not how it works, ever.

So when you play, and think about aftercare, I would love it if you just ignored what you read in books or see in movies. What you should do instead, is talk to your partner and find out what they need.

What other people do and don’t do for aftercare is irrelevant. Everyone is different. Every sub/bottom/brat has different needs. If you communicate with your partner, you will usually be on the right track.

So just try to keep that in mind. And also keep in mind that just because you don’t see aftercare given, doesn’t mean the Top has failed in some way. Tops do make mistakes, which is human and happens, but it could also be that their partner didn’t want aftercare, or it was given in a form you didn’t recognize because that’s what they needed instead of what you would have wanted in that situation.

Nothing else really matters.

3 Replies to “Aftercare Is a Choice”