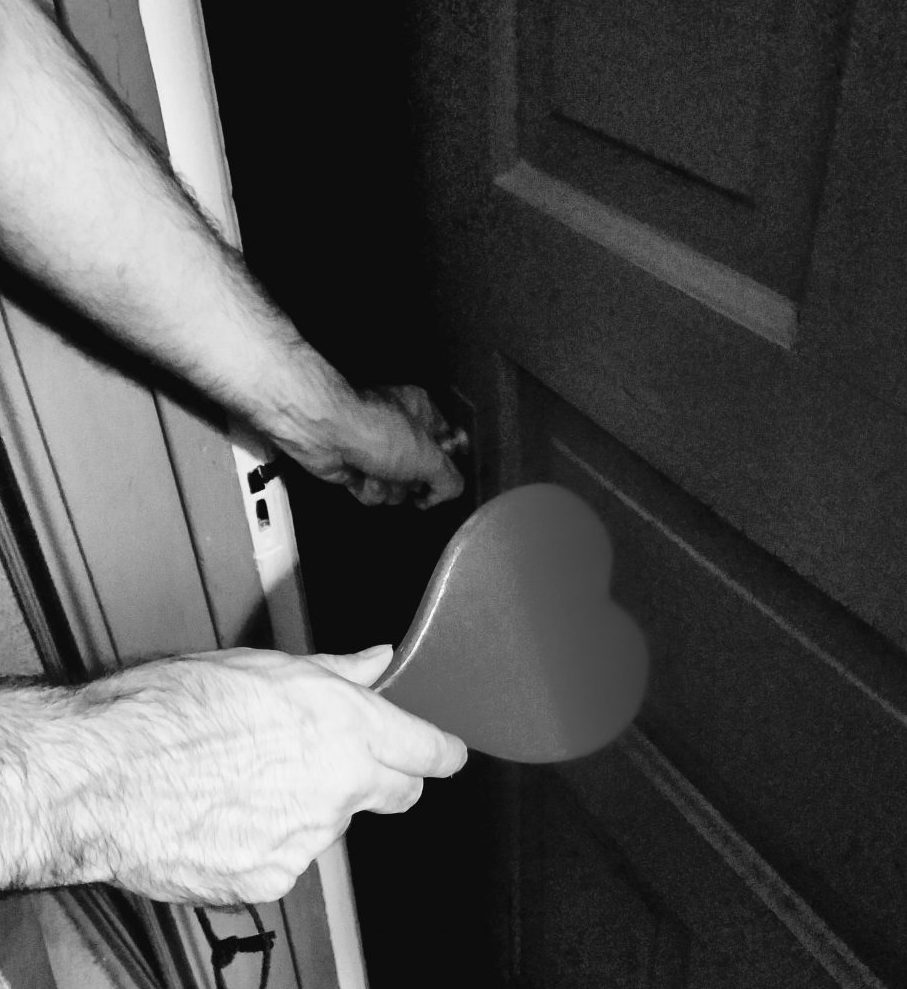 Letting punishments go can be bad for your D/s relationship, but sometimes you might need to work around issues that pop up. You might want to read part one first : Letting Punishments Go Can be Unhelpful

So what if the Dom is trying to let something slide but the submissive keeps doing it? Or they come right out and say they feel bad about something they’ve done, but the Dom doesn’t want to punish for it? I often hear subs complaining about Doms not being consistent with the punishments. Making threats but not following through.

This is a common problem that pops up with soft Doms being ‘nice’ or new Doms being uncertain of what’s fair, and usually just talking through expectations will help with this. But sometimes there’s a more complicated problem and there needs to be a resolution even if the Dom isn’t comfortable or has a limit on punishing for this particular thing.

Those limits have to be respected but so does the sub’s need or else you’re going to be stuck there and neither of you will be happy.

Now, I’m assuming the Dom isn’t going to make a rule that they have a limit around dealing with very often, but it does happen. For instance, the Dom has an eating disorder and can’t really be too involved with policing meals, but the sub has a tendency to skip eating. The Dom makes a rule requiring the sub to eat daily, but then when the rule is broken the Dom understandably struggles to deal with it.

Start with a direct conversation. The Dom needs to be honest and direct about why they don’t feel comfortable about punishing at this time. The submissive needs to speak up about what they need and why. If you get stuck, try stepping out of your D/s roles and talking as friends, sometimes it helps.

Most of the time this open discussion is going to clear up the problem but if you walk away from it and the sub still feels guilty and the Dom still feels like they can’t… then it might be necessary to get creative.

My suggestion is that the sub avoid punishing themselves because it’s not their job, and instead channel the guilt by finding something they can do to please their Dom. Not as a punishment necessarily, but as a way to feel like they’ve made up for their transgression. And a Dom who feels unable to punish for a specific incident can deal with a guilty sub by suggesting this as well.

Sometimes it’s not necessarily the action, which is a problem, but the word punishment. “Make it up to me.” feels very different from “Do this for punishment.” It has a whole different tone but can still fit the same need.

Another suggestion is to work around the idea of punishment by giving the submissive a maintenance type spanking or assignment. The Dom is not punishing the sub for the broken rule, but instead is giving the submissive incentive to not break the rule again. The assignment could be targeted towards ways the submissive could avoid breaking the rule in the future or even ways they could work together to avoid the situation they’ve arrived at.

If that still feels too close to punishment you can try a scene for catharsis. It’s not a punishment or phrased as one in any way. It’s simply a scene between Dom and sub for them to work through the emotions. If the sub needs to phrase that internally as the punishment they need there is nothing wrong with that, but that won’t be how it plays out in the world.

I also have a number of other bossy people in my life. There have been times when I needed to be punished for something and my own Doms were unavailable, so I went to someone else. My Doms come first when it comes to making rules and punishments and I don’t normally allow other Tops to punish me for life rule type things. Scenes with others tend to be more in line with play than serious, but when in need I have asked for help getting through an issue.

Now it might be that your relationship is exclusive and not set up for that, and that’s fine. I would never suggest sneaking around or hiding it if you do consider asking someone else for punishment. However, you should also remember that punishments don’t need to be physical. They can be corner time, essays, lines, extra chores, etc. So, if you run into a situation where the Dom is not able to punish but the sub needs it—you could definitely discuss asking someone else.

If there is an element of possessiveness in the relationship and it might damage your bond than obviously, you’ll need to consider that. But you could even ask a fellow sub for a punishment assignment if you need to. I’ve done it for others before. Even among subs there are the caretaker, nurturer types who will help if they can.

I’m going to give you an example that I’ve actually dealt with. A submissive friend came to me and said that they’d messed up. They’d broken their rule about self-harm while going through a rough time, but they couldn’t confess to their Domme because she was currently struggling herself with self-harm issues and the sub was afraid confessing would trigger the Domme.

For me that is a perfectly valid reason to ask an outside person for help and I assigned her an essay on alternatives to self-harm, 200 lines, and 10 minutes of corner time every day until the assignments were done.

She felt much better afterwards, and I don’t police other people’s relationships but I did suggest that once her Domme was in a better place she should be told what happened. I don’t feel a Dom should be kept out of the loop on serious things like that and while it was necessary for the short-term, eventually I did feel it needed to come out.

A few months later she told me she’d taken care of that and everything was fine. Some Doms might get angry if they feel like you went to someone else, but I felt in this case it was justified. And if the Dom says “I can’t punish for this. I’m sorry.” Then to me the sub would be justified in asking if it would be okay to get punishment somewhere else.

Unless there is a situation where even mentioning it to the Dom could be triggering, or you have a fairly open relationship I would not suggest going to someone else without asking first. Some Doms can be very territorial.

There is one last thing I should mention at this point. Some Doms will purposely withhold punishment when they are annoyed at their sub because they think the sub deserves to feel bad over what they’ve done. They are using guilt and unhappiness as punishment. I don’t ever recommend this. I think it’s harmful and damaging to the connection between Dom and sub.

If a Dom needs time to calm down or to think about how to handle a situation that’s one thing, but to deliberately leave the submissive struggling and miserable to punish them is detrimental to the relationship. Many subs who need rules and structure in their lives specifically need them because they aren’t able to process certain things on their own and one of those things is guilt. In my opinion, knowing your sub can’t get over something without help and then refusing to help because you’re mad at them is emotional abuse.

Again, you know your relationship best, but that’s how I feel about that and I feel the same way about punishing by withholding affection. Shunning and giving a sub the silent treatment because they broke a rule rarely improves the situation and can be devastating to the submissive’s mental state.

A D/s relationship is often just as deep and meaningful as a marriage. In some cases even more so because you come to know your partner’s thoughts and feelings on a level that spouses don’t always reach. The downside of that is that you can also hurt them more than anyone else could.

I’m not just talking about Doms hurting subs either.  Submissives can hurt their Doms just as deeply. It’s an open connection that goes both ways and as you navigate your relationships it’s important to remember that.

As always I’m open to answering any questions or considering requests for future topics. The next serious topic on my agenda is currently: Making rules with your submissive. Mostly because I like it when things are organized, and it seems to fit the current trend. It might change if some exciting idea pops up but for now that’s what I’m thinking about.